We exist for God’s purposes, proclaiming His great work of drawing people to Himself. By partnering with churches, nonprofits and organizations, we share God’s Word around the world.

GoKnock is a non-profit ministry created to encourage and inspire you to seek, follow, and share God with others. We create beautiful GoKnock cards highlighting God’s life-changing Word on each card.

GoKnock desires to partner with a wide range of distribution partners locally, nationally, and around the world. 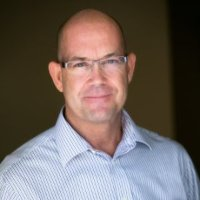 I would often make myself small business size laminated cards with Bible verses on them. These cards greatly encouraged me. Occasionally, I would make extra ones and give them away.

Vince, a friend and former co-worker of mine, was in the hospital and dying from cancer. I stopped in to see him just to let him know I cared about him and would continue to pray.

I had one of these small laminated cards with me and asked Vince if he wanted it. He said yes and I left the card with him and was on my way.

Days later, I received a call from a colleague of mine. Vince was not doing well. They moved him to another room and told the family his internal organs were shutting down. He had 8-10 hours to live.

In the move, the card was lost and this was the only thing he wanted. He could only whisper. What was on the card she asked? What’s with this card? He keeps asking for it and no one even knows what he is talking about.

It’s not the card I said. It’s the words on the card. They contained powerful, encouraging, hope-filled words from God’s Word. Words inspired by God Himself that comfort a dying man. I directed the family to a Bible from the next room and gave them the reference, Philippians 4:6-8. They began reading these words over and over to Vince and he was comforted. These words were also used and spoken at Vince’s funeral service.

Months later, someone gave me their business card on plastic. It had the same feel as a regular credit card and was quite impressive. And so I started experimenting with putting God’s Word on these plastic cards.

It’s never been about pushing cards! It’s about sharing God’s Word and His promises that give us hope, wisdom, peace and so much more.

Give a GoKnock card and change a life!